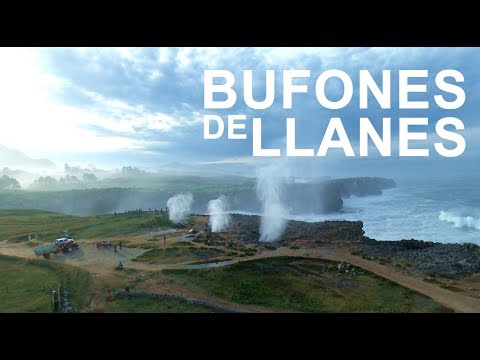 Map: how to get to Los bufones de Llanes

It is preferable to make this excursion without children, or have them controlled at all times since there are numerous cavities in the limestone without protection of any kind. Parking: It is currently forbidden to park in the area of ​​the jesters of Llames de Pría, from the inhabited area to the beach only residents and vehicles with the appropriate authorization may pass. There will be controls by the Local Police that will ensure effective compliance with the norm. This restriction, throughout the year, is complemented by the provision of two dissuasive parkings in the vicinity of buffoons. The one at La Rotella, with capacity for 250 and 300 vehicles, entered into operation the 2017 summer and the Garana, which has a space of 2.400 square meters.
Give us your rating
Punctuation: 4.5. of 11 votes.
Please wait ...

10 replies to "The jesters of Llanes"