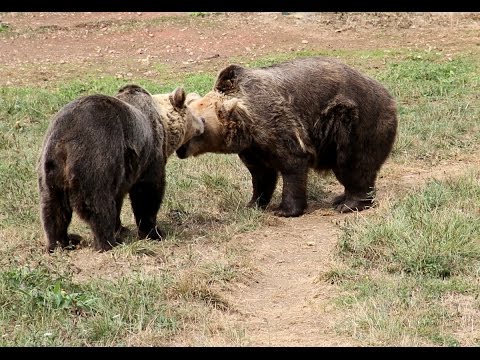 Here we offer some of the best bike routes in Asturias. Each bike route has the necessary information: distance, time, difficulty and everything you need to avoid getting lost.

Map: how to get to Rutas BTT Asturias

We present some BTT routes by municipalities in the interior of Asturias, detailed information with their routes, estimated time for their realization, difficulty ... Touring Asturias by bike is an ideal way to enjoy nature in its purest state, to know the cultural and landscape heritage of our land.

This route of 12 Km. Is of low difficulty, has a cyclability of 95% and it takes approximately 3 to 4 hours to travel it. You have to plan to return to the car. Route discreetly marked with yellow bands and MTB letters in red.

We start from Alto de Ortiguero in the direction of Cangas de Onís until we pass the mill, to turn right next to a house. We follow the path and from a high point we see the rest of the route, we come to a fork, we turn left and we enter a plain from where we see the valley of Cabrales and the Picu Urriellu.

The road descends, a BTT signal tells us where to go; we leave behind a fork in a very closed curve and shortly after, in another fork, we follow the signs to the mill of Ricao.

The road with a steep slope leads us to a second detour; we turn to the right and continue by speed bumps until we deviate next to a burned chestnut and descend to the mill of Ricao, through a forest we reach Asiego. We cross the village taking the street on the left that ascends to a drinking fountain and continue straight on a very steep track to reach a plain, we go down without deviating until we find a path half lost among the vegetation. The stretch is not very long, and through chestnuts and ferns we arrive at the Cuerres mill, cross a stream and without deviating we go down the main track between farms and blocks towards the port road, which we continue to Carreña.

How to get there
If we are in Arriondas, we turn to Cangas de Onís, and by AS-114 to the town of Ortiguero, in Cabrales, where we will leave the car.

After the 5 km that separates Cangas de Onís from Corao, we left the main road towards Corao-Castiellu, where the greatest difficulty of the route is, since there are 800 meters of strong ascent by a paved road.

We have to follow a track of the land consolidation that takes us to Táranu. Given the abundance of these tracks and not being marked, it will be convenient to establish a relationship with someone from the place that indicates the way to follow. The track runs largely through a high area, with views of the meadows and the town of Labra.

You can also access from Labra to this point of the route, this being a second alternative. In this case we will take to the exit of Labra, just after the last house, a path to the right. We pass the town of Táranu and, after a short descent, we arrive at Llenín, an important town in the area, which attests to the existence of two mills, although they are no longer in use.
After returning to Llenín and crossing the stream, we follow a concentration trail that will take us to Beceña, where we will find an abundant fountain at the foot of the road. We continue route in the direction of San Martín de Grazanes. Already by a paved road, we arrive at Mestas de Con, one of the important towns in the municipality of Cangas de Onís.

From Mestas, through a secondary road that borders a wide fertile plain, we head to Sotu la Ensertal and Intriago.

Here we have two alternatives: one go out to the main road in La Estrada and follow it to Cangas, and another more attractive, which is to make a gentle climb to Teleña, to follow a stone path to a stop, where we find some cabins . We turn right and make the descent to Abamia, by a path with loose stone and quite uneven. In Abamia we find a relic of Romanesque art, the Church of Santa Eulalia, where it is said that Pelayo was buried, and that it is a construction of the twelfth century, probably on another earlier one of the 8th century.

In all sections there are information panels. The whole route is signposted: towns, crossroads, rivers, bridges, recreational areas and other points of interest have informative signs that include geographic and cultural information, services and alternative route proposals. The Bear Trail is mixed, cycling and pedestrian, so it is advisable to drive with caution, being necessary to provide acoustic signal systems and make use of them.

La Senda occupies the old platform of the mining railroad that ran between Trubia, Santa Marina (Quirós) and Entrago (Teverga). Its layout presents the shape of an inverted Y, joining the branches of Quirós and Teverga in the town of Caranga de Abajo (Proaza). Where the steam engines moved at the beginning of the century, moving iron and coal, cyclists and pedestrians enjoy places of great beauty, along the valleys of Trubia, which are located in the south-central area of ​​the Principality of Asturias.

Of the old railway, with 40 km of original layout, currently, have been recovered 27 km for use as a green path that correspond to the sections Tuñón-Proaza, Proaza-Caranga, Caranga-Entrago and has begun the conditioning of the last Caranga-Bárzana section (the Caranga-Valdemurrio section, of 4,5 km) is open.

How to get there:
From Oviedo by the N-634 or the A-8 to Trubia. Here we take the AS-228 towards Proaza to the recreational area of ​​Tuñón, where we will leave the car. Once crossed the river Trubia by the bridge of the Esgarrada, in the recreational area, and with a regular floor we can walk the path in the North-South direction.

More info of the Path of the Bear.

Camocha's Greenway follows a good part of the layout of the old mining railroad that connected the La Camocha mine with Veriña, the location of the steel industry that consumed the mined ore. It is suitable for the disabled in the section La Camocha-Roces (6,5 km), whose firm is mixed: asphalt and compacted gravel. The stretch Roces-Tremañes (0,5 km), is land without conditioning.

The Camocha Greenway is located between the La Camocha mine and the Tremañes neighborhood, in Gijón. It has a bicycle lane and another pedestrian lane.

From the sports center of the town of Santa Bárbara (1950) the route descends to the outskirts of the El Mortero fountain to continue parallel to the Pilón stream, with abundant riverbank forest. A little further on we will cross a wooden bridge to enter the parish of Roces, where we will pass under the road to Oviedo to cross soon an industrial estate and enter from the palace of the Duchess of Riansares (family promoter of the Langreo- Gijón in 1840), in an area of ​​abundant forests. Thus we can enjoy native species such as oaks, poplars and chestnuts while we cross a rural landscape planted with orchards, meadows and farmhouses among which the Rubiera House stands out, with a noble coat of arms, a cider vinegar and a decorated bread basket.

We will arrive to the bridge over the stream La Pedrera and, a little further on, cross the Carretera Carbonera (AS-246) through a tunnel and into the parish of Lleorio. In minutes we will reach the old railway bridge called El Puentón, with rest area and beautiful views of the towns located to the S of the valley, such as Llantones, El Picumil, and Alto de la Madera. Resuming our way and before passing under the Minera Highway (AS-1) we will see the ruins of the parish church of Santa María de Lleorio (12th century).

Passed the highway and already in the parish of Huerces we will cross a beautiful rural landscape shortly before entering the town of La Camocha, mining exploitation that dates from 1928 and a popular song says that its galleries go under the sea.