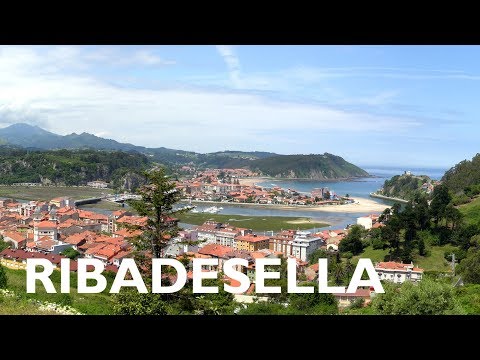 Ribadesella is a privileged enclave, its situation at the edge of the sea and its unique shape make it a unique place.
It takes its name from the mouth of the Sella River, one of the most important in Asturias, known for its salmon and for the International Descent of said river.

Map: how to get to Ribadesella: basic information

Stands out above all rock heritage, from the Upper Palaeolithic, found in the Tito Bustillo Cave and along the Ardines Massif, which year after year brings new discoveries of a relevant primitive culture settled on the banks of the Sella.

During the Middle Ages a considerable splendor was experienced thanks to the shipyards, which were nourished by the wood that was lowered by the Sella, and maritime trade, especially salt, essential for the salting of fish.

The estuary of Sella was an important whaling enclave. During the 18th century Ribadesella tried to consolidate itself as the first Asturian port and port of connection with Castile. But, perhaps under the influence of Jovellanos, the investments went to the port of Gijón and to the Pajares highway.

In 1865, after the widening, a wooden bridge was built over the Sella, which was replaced by another iron bridge in 1892. This was destroyed in 1937 by avatars of the Civil War and in 1940 the current concrete bridge was inaugurated.

In the sixties and seventies it was finished urbanizing the beach of Santa María beach, leaving the village as we know it today.

Virgin of the Guide (First Sunday of July).

Contest-Exhibition of cattle, 21 of September (Ribadesella).

Gastronomic Days of the Sea: Ribadesella, beginning of June.