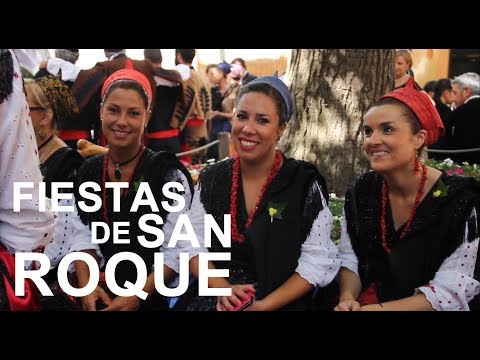 Formerly, the dance was more spontaneous and did not require space-time regulation. The investigators have found references of prohibition on the part of the Church and the moral of past epochs, because they attributed it to the rhythm that fomented the promiscuity. A vestige of this repression can still be seen in the Dance of the Christ, in Nueva, which once compelled the boys and girls to dance holding the little fingers, and which is still preserved.

Map: how to get to Las fiestas tradicional de Llanes 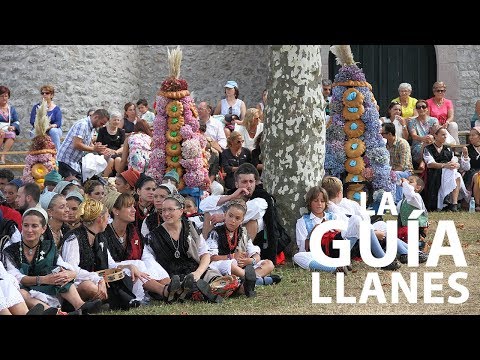 The Magdalena celebrations the 22 of Julio; San Roque, the August 16, and the Guide, the September 8, are events charged with devotion and rites that are staggered throughout the good weather in the capital.

The three parties are declared of touristic interest, and in all three, in one way or another, the land of origin and the sea are hidden subliminally, camouflaged from Catholicism. Women gleam from persistent beads in their mythical llanisca costumes, men, with greater austerity in the bearing and stick in hand, encourage the rhythm of processions and samples of revelry that surpass officiality and precede it. The girls deliver to their images the floral offering, "the ramu", and the boys carry pyramids of carefully carved bread that will then go on to public auction.

The Pericote, the Jota de la Magdalena, the Pilgrim Dance and the Prima Dance, well they could be the "folixa" (party) controlled by an ancestral enthusiasm. The maritime processions, on the other hand, they are faithful exponent of the hard - and also friendly - correspondence that the llanisco has contracted with the sea.

Folklore in all latitudes of the rural world does not lag behind that of its capital. The "pikes" (rivalries) are equally compelling, with sides and more sides, parts and parts, factions of feelings, passions and an unusual competition that, paradoxically, helps reinforce the collective feeling and makes its inhabitants more prosperous. In the villages, all kinds of processions and pilgrimages survive, ramu auctions and an infinite range of honors. Each town has bothered to offer a different nuance to the neighbor, but custom, individually felt, carries in all cases the essence of contagion.

«Pa joguera ours». You can read this inscription on the shirts of the White side, in the town of Nueva. They are almost 40 meters in length and more than a ton and a half of weight on the shoulders. To lift the trunk three strings are pulled: two winds and a guide or main rope around which the pulse of a people congregates. The "voceru" is responsible for directing the coordination of the maneuver, and the trunk of the eucalyptus is becoming entitled to force of voices even if it takes a whole afternoon.

Plant a "bonfire" - "stove" and "joguera" also, to respect all linguistic derivations - is to plant a trunk larger than the neighboring town in the square itself. The size, the weight and the ceremonies that accompany it, speak of who feels more their party and what commission of celebrations walked finer that year. Sometimes night falls and the afternoon has not been enough to lift it due to some error in the excavation of the well or lack of coordination. But no people fail, and the square dawns, the "prau" or the chosen throne, with its unique king for a year.

Some argue that the classic offering of the "ramu", the "bonfires" or raw dances, go back to an ancestral culture difficult to define. For scholars in the area, there is a clear identity with the plant nature of the region. Prima dance, for example, speaks of a rhythm previous to Christianity. This collective dance of circular and choral character, which is usually performed in the church or around the campfire, is for the students of folklore, the way of fraternizing that the community periodically required.

The festive manifestations, on the other hand, underwent an important change with the civil war. Throughout the postwar period, a certain essence of the celebrations was recovered due to lack of money, the bouquets were less luxurious and the offerings associated with garden produce resurfaced again.

However, the biggest change in folklore came from the hand of the indianos, and the picas that are currently given are nothing but transmutations of the personalized pikes between Indians. Those who returned to Llanes, after making their fortune in the Americas, wanted their party to be the best of all and they did not think about it when it came to contributing money. In this way, the presence of electric light in the festive environment, the abundance of fliers, the most ornate bouquets or the notorious increase of the beads in the llanisca suits were patterns spread by these returning emigrants.

In the town of Celorio, another appointment with the endless unique celebrations of the council, hundreds of people come at the end of August to coven to embody that official and popular repudiation that was once professed against black magic.

Tradition has it, and so the heirs of it maintain it, that the area inhabits a strange, feminine being, capable of speaking with the wolves. She was Bricia's witch, whose steps she followed attentively and spitefully inquisition. The persecuted has become a legend. They say that it is still alive, that year after year it gives voice to an eternal incantation, which in this village every year serves to introduce the battle between humans and spirits.

December
8: The Immaculate Conception in Mesas de Ardisana, Pie de la Sierra and Piñeres
10: Santa Eulalia in Santa Eulalia and Quintana
Give us your rating
Punctuation: 5.0. of 2 votes.
Please wait ...

3 answers to "The traditional festivals of Llanes"